A federal court has ruled that the Centers for Medicare & Medicaid Services overstepped its authority in reducing Medicare payments for prescription drugs covered by the section 340B prescription drug discount program. 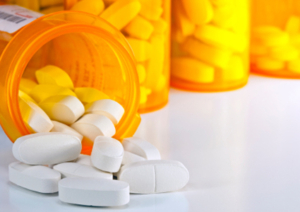 While the court conceded that CMS has the authority to address 340B payments, it found that CMS’s drastic payment cuts, introduced in FY 2018, “…fundamentally altered the statutory scheme established by Congress…” for determining 340B payment rates.

The court suggested that CMS either change its methodology for determining 340B payments to justify the specific cuts it proposes or raise its objections with Congress, which created the program and has the authority to change it.

According to documents submitted to the court by the parties that filed the suit, eligible hospitals have seen their 340B payments reduced $1.6 billion since the cuts began in FY 2018.  The court asked the federal government and those who filed the suit to suggest remedies for compensating participating hospitals for their losses.

The ruling has major implications for the country’s private safety-net hospitals, most of which participate in the 340B program.

Learn more about the 340B litigation, the court’s ruling, and its impact in the New York Times story “Court Rejects Trump’s Cuts in Payments for Prescription Drugs.”