Do not permit states to adopt block grants for their Medicaid programs, more than two dozen groups have asked the Centers for Medicare & Medicaid Services.

A letter signed by the American Diabetes Association, American Heart Association, COPD Foundation, March of Dimes, United Way, and others states that

Simply put, block grants and per capita caps will reduce access to quality and affordable healthcare for patients with serious chronic health conditions and are therefore unacceptable to our organizations. 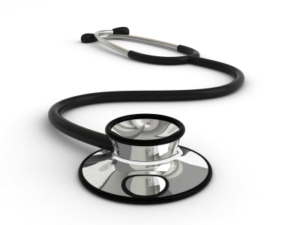 The letter explains that

Per capita caps and block grants are designed to reduce federal funding for Medicaid, forcing states to either make up the difference with their own funds or make cuts to their programs that would reduce access to care for the patients we represent…  States under a block grant or per capita cap would struggle to respond to changes in standards of care, such as the development of ground-breaking but expensive treatment, and would have a greater incentive to impose additional barriers for treatments to manage their overall costs…  Additionally, per capita caps and block grants would cut Medicaid most deeply when the need is greatest, as these financing structures do not protect either states or patients from financial risk as the result of an economic downturn or other expected event.

NASH has long been skeptical about the use of block grants in state Medicaid programs.  The organization’s advocacy agenda for 2019 explains that

Block grants, whether based on individual states’ Medicaid enrollment or on their past Medicaid spending, could impose unreasonable limits on Medicaid spending that could potentially leave private safety-net hospitals unreimbursed for care they provide to legitimately eligible individuals. NASH will work to ensure that any new approach that involves Medicaid block grant continues to give states the ability to pay safety-net hospitals adequately for the essential services they provide to the low-income residents of the communities in which those hospitals are located.

Learn more about the groups that signed this letter and their objections to Medicaid block grants and per capita caps by reading their letter to CMS.