You are here: Home1 / Medicaid2 / Low Payments Aren’t Only Factor Keeping Docs Away From Medicaid

It has long been assumed that low payments are the primary reason doctors choose not to serve Medicaid patients.

It now appears, though, that there may be another, no-less important reason:  challenges associated with billing Medicaid. 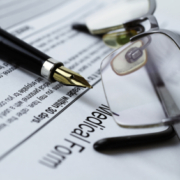 A new study found that doctors struggle to do busine      ss with Medicaid more than they do with other insurers.  According to the study, doctors reported that 19 percent of the initial claims they submit for caring for Medicaid patients are not paid in full – more than twice as often as they experience that problem with Medicare and nearly four times more often than they do with commercial insurers.  Coupled with Medicaid’s generally lower payments than Medicare and private insurance, many physicians simply choose not to care for Medicaid patients.

Learn more about this obstacle to increasing doctor participation in Medicaid in the Vox article “Medicaid is a hassle for doctors.  That’s hurting patients” and the study on which it is based:  the National Bureau of Economic Research report “A Denial a Day Keeps the Doctor Away.”