You are here: Home1 / health care and the American Families Plan 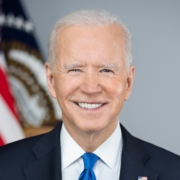 The New York Times reports that

The plan will not include an up to $700 billion effort to expand health coverage or reduce government spending on prescription drugs. Officials have decided to instead pursue health care as a separate initiative…

Learn more about what is expected from the American Families Plan – and what is not expected – in the New York Times article “Biden Will Seek Tax Increase on Rich to Fund Child Care and Education.”