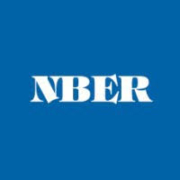 Cost-sharing requirements appear to lead people to disenroll from Medicaid programs that impose such requirements, according to a new study.

Those disenrolling are likely to be healthier in general than those who choose to remain enrolled in Medicaid despite cost-sharing requirements.

This is among the findings in a study by the National Bureau of Economic Research of Michigan’s Medicaid program, which was one of the first in the country to be authorized to require certain beneficiaries to share in their medical costs.

Such disenrollments also may lead to adverse selection among health care plans that serve Medicaid patients.Learn more about the study, what it found, and what its implications are for Medicaid beneficiaries and the providers who care for them in the National Bureau of Economic Research Study “Adverse Selection in Medicaid:  Evidence From Discontinuous Program Rules.”