Two years of Medicaid DSH cuts would be eliminated under a new prescription drug bill released last week by the Senate Finance Committee.

The Prescription Drug Pricing Reduction Act includes a provision that would eliminate two years of Affordable Care Act-mandated cuts in the allocation of federal money to the states for Medicaid disproportionate share hospital payments (Medicaid DSH).  Those cuts have been delayed several times by Congress but were scheduled to begin in October of 2019 and run through federal FY 2025, only to be delayed again twice by continuing resolutions adopted by Congress to fund the federal government in the absence of enacted appropriations bills.

Under this proposal, the first two years of Medicaid DSH cuts would be eliminated entirely and the cut then would take effect from FY 2022 through FY 2025 – only four of the six years worth of cuts anticipated by the Affordable Care Act.

The legislation also would bring other changes to the Medicaid DSH program, including new reporting requirements on the non-Medicaid DSH supplemental payments hospitals receive from their state governments; changes in Medicaid shortfall and third-party payment policies; and a GAO study and report on hospital uncompensated care costs.

All private safety-net hospitals receive Medicaid DSH payments and consider them critical to serving the many Medicaid-covered and uninsured residents of the low-income communities in which they are located.

Medicaid disproportionate share cuts would be delayed for two years under a proposal advanced last week by the Health Subcommittee of the House Energy and Commerce Committee. 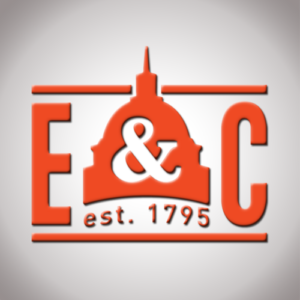 The Medicaid DSH cuts, mandated by the Affordable Care Act, have already been delayed three times by Congress and could be on their way to a fourth delay if the proposal advanced by the Health Subcommittee is endorsed by the Energy and Commerce Committee and works its way to the full House of Representatives, where such a proposal is thought to enjoy wide support.

The National Alliance of Safety-Net Hospitals has long endorsed the delay and even the repeal of cuts in Medicaid DSH payments, doing so most recently in a letter earlier this year to Senate Finance Committee chairman Charles Grassley in which it argues that those cuts would be especially harmful to private safety-net hospitals.

Learn more about the possibility of another delay of Medicaid DSH cuts in the HealthLeaders article “House Panel Advances Surprise Bill Package.”

More than 300 members of the U.S. House have joined a letter to House leadership urging a delay in Affordable Care Act-mandated cuts in Medicaid disproportionate share payments (Medicaid DSH).

NASH was actively involved in urging House members to join the letter.  If implemented, the Medicaid DSH cuts would be especially harmful to NASH members and all private safety-net hospitals – and to the low-income residents of the communities they serve.

According to a new report in the journal Health Affairs,

Such cuts in government funding of uncompensated care could pose challenges to some providers, particularly in states that have not adopted the Medicaid expansion or where implementation of health care reform is proceeding slowly.

The new study supports The National Association of Urban Hospitals’ long-time position that Medicare DSH and Medicaid DSH cuts would be harmful to private, non-profit urban safety-net hospitals and should be delayed.   NAUH also has endorsed legislation calling for such a delay.

Learn more about the Health Affairs study in this Washington Post article and find the study itself here, on the web site of Health Affairs.