You are here: Home1 / Medicaid financing

States are relying more on provider taxes and other sources to raise their share of Medicaid funding, a new study by the U.S. Government Accountability Office (GAO) has found.

According to the GAO, state use of such funding rose 21 percent from 2008 to 2012.  Most of the money came from health care provider taxes, provider donations, intergovernmental transfers, and Medicaid certified public expenditures. 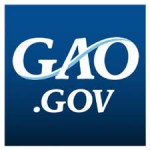 While the study examined the issue nation-wide it focused on Medicaid financing in three states:  California, Illinois, and New York.

To learn more about how states are financing their share of their Medicaid programs and why this is of interest to policy-makers, see the recently released GAO report States’ Increased Reliance on Funds from Health Care Providers and Local Governments Warrants Improved CMS Data Collection and a newly published companion to the report titled Questionnaire Data on States’ Methods for Financing Medicaid Payments from 2008 through 2012.