You are here: Home1 / safety-net hospitals and use of health care information technology 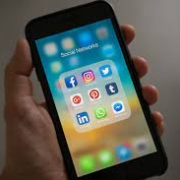 Hospitals with fewer resources are less likely to offer app-based approaches that enable their patients to see their medical data, according to the Office of the National Coordinator for Health Information Technology, the federal agency that oversees such matters.

The National Alliance of Safety-Net Hospitals has long pointed out that many private safety-net hospitals, with their greater numbers of public insured and uninsured patients, lack the resources for such investments in comparison to other hospitals that serve larger proportions of privately insured patients for whom they are paid more appropriately for the care they provide.  The disparity in the adequacy of public and private reimbursement, NASH maintains, has contributed to hindered a disparity in hospital resources that has hindered the efforts to safety-net hospitals to do more to help their patients gain access to their own medical data.

Learn more about the role that access to resources plays in hospitals’ ability to enable their patients to view their personal medical data in the Fierce Healthcare article “Low-resource hospitals behind the curve on app-based data access for patients, ONC says.”