You are here: Home1 / safety-net hospitals

How might repeal of the Affordable Care Act affect the financial health of different kinds of hospitals? 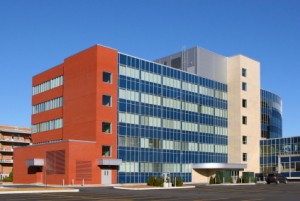 The New York Times recently took a look at how the 2010 reform law’s repeal would affect two Pennsylvania health systems: the Temple University Health System, led by a heavily Medicaid-dependent urban safety-net hospital located in one of the poorest communities in the country; and Main Line Health, a non-profit organization with several hospitals all located in affluent communities.

See what the Times found here.

In this new model, the Innovation Center

… seeks to encourage participation from safety-net providers in Alternative Payment Models. Medicare-Medicaid ACOs that qualify as “Safety-Net ACOs” will be eligible to receive pre-payment of Medicare shared savings to support the ACO’s investment in care coordination infrastructure.

The Innovation Center envisions pursuing such undertakings with six states, which will be chosen on a competitive basis.

A new report looks at how Medicaid has affected the health and health care of people throughout the country.

The Commonwealth Fund report “Understanding the Value of Medicaid” examines the impact of the Affordable Care Act’s expansion of Medicaid and notes that the program currently serves 73 million children, seniors, low-income working adults, and people with disabilities. 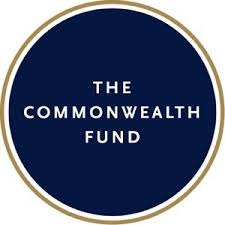 It also examines how Medicaid expansion has enhanced access to care and even given some people medical benefits comparable to those offered by private insurance.

Finally, the report notes that safety-net hospitals that serve especially large numbers of low-income patients now serve fewer uninsured patients and are better able to invest in new staff, clinics, and equipment, thereby enhancing the quality of care they deliver.

For a closer look at the impact Medicaid has on the American health care system, see this Commonwealth Fund report.

In many cases, Medicaid disproportionate share payments (Medicaid DSH) are being made to hospitals that do not necessarily serve especially large proportions of Medicaid and other low-income patients.

So concludes a new report from The Medicaid and CHIP Payment and Access Commission (MACPAC), is a non-partisan legislative branch agency that performs policy and data analysis and makes recommendations to Congress, the Secretary of the U.S. Department of Health and Human Services, and the states on issues affecting Medicaid and the State Children’s Health Insurance Program (CHIP).

According to a new MACPAC report,

To remedy this problem, MACPAC recommends more and better data collection, noting that

Medicaid DSH has long been a subject of great interest to the nation’s private safety-net hospitals because, serving so many Medicaid and low-income patients, they are the very providers for which Medicaid DSH payments have always been intended.

Medicare’s value-based purchasing program may not be having much of an impact on the quality of care hospitals provide, according to a new report by the U.S. Government Accountability Office.

According to a GAO summary of its report Hospital Value-Based Purchasing: Initial Results Show Modest Effects on Medicare Payments and No Apparent Change in Quality-of-Care Trends,

GAO’s analysis found no apparent shift in existing trends in hospitals’ performance on the quality measures included in the HVBP [note: hospital value-based purchasing] program during the program’s initial years.

The agency did note, however, that

…shifts in quality trends could emerge in the future as the HVBP program continues to evolve.

The study also evaluated how safety-net hospitals fare under the program.

GAO found that safety net hospitals, which provide a significant amount of care to the poor, consistently had lower median payment adjustments – that is, smaller bonuses or larger penalties – than hospitals overall in the program’s first three years. However, this gap narrowed over time.

For a closer look at the GAO study and what it means, see this Kaiser Health News report. Find the study itself here, on the GAO web site.

Medicare’s readmissions reduction program penalizes hospitals based largely on the patients they serve rather than their performance serving them, a new study has concluded.

According to the report “Patient Characteristics and Differences in Hospital Readmission Rates,” published in the journal JAMA Internal Medicine,

Among those two dozen social determinants of health: patient income, education, and ability to bathe, dress, and feed themselves.

The study found, for example, that the worst-performing hospitals under Medicare’s hospital readmissions reduction program have 50 percent more patients with less than a high school education than the program’s best performers.

The study’s findings echo NAUH’s long-held and oft-expressed belief that the readmissions reduction program is unfair to private safety-net hospitals because it lacks appropriate risk-adjustment in response to the very conditions identified in the study – a belief NAUH has shared on numerous occasions with Medicare officials, including in this June 2015 correspondence (on page 4) with the Centers for Medicare & Medicaid Services (CMS).

To learn more about the study, see this Washington Post story. To find the study itself, go here, to the web site of JAMA Internal Medicine.

That principle holds that hospitals that have lower rates of 30-day readmissions of Medicare patients provide better, more economical care than those with higher readmission rates.

But that may not be true.

According to an examination of the performance of safety-net hospitals in California published in the journal Health Affairs, those safety-net hospitals are more likely than others to be penalized by Medicare’s hospital readmissions reduction and value-based purchasing programs. 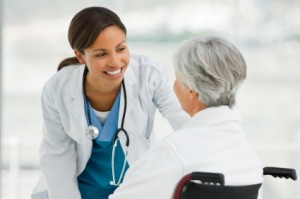 The National Association of Urban Hospitals has long been concerned about the bias of value-based purchasing and readmissions reduction programs against safety-net hospitals because of the more challenging patients those hospitals serve and has supported legislation to add a risk-adjustment component to such programs.

Find out more about the findings of the study “California Safety-Net Hospitals Likely to be Penalized by ACA Value, Readmission, and Meaningful-Use Programs,” which can be found here, on the web site of the journal Health Affairs.

While most hospitals have recovered from the worst of the recession, safety-net hospitals that were already weak before the recession now find a growing financial gap between themselves and other hospitals.

So reports the new study “Hospital Financial Performance in the Recent Recession and Implications for Institutions That Remain Financially Weak,” which was published in the May edition of Health Affairs.

According to a news release about the study,

The release also notes the implications of this financial struggle:

On the one hand, financially weak and safety-net hospitals continue to keep their doors open.  On the other hand, these institutions remain in precarious financial positions that could compromise their ability to invest in innovations or quality improvement activities that may provide value for patients.

Learn more about the study in this news release or find the study itself here, on the web site of the publication Health Affairs.

A study performed for the U.S. Department of Health and Human Services calls for greater use of value-based purchasing in federal health care reimbursement policy. 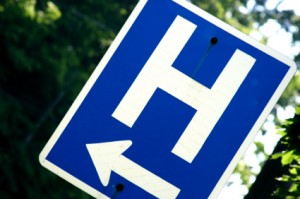 Such an approach could be a major challenge for private safety-net hospitals, according to a Harvard School of Public Health analysis that found that in the first year of Medicare’s value-based purchasing program, hospitals that served the largest numbers of low-income patients suffered the largest financial penalties from that program.