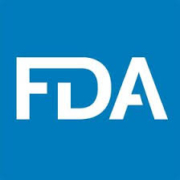 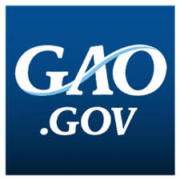 This is the conclusion reached in a new study of Medicaid managed care performed by the U.S. Government Accountability Office at the request of the Permanent Subcommittee on Investigations of the Senate Committee on Homeland Security and Government Affairs.

To address these shortcomings, the GAO report recommends that CMS:

CMS agrees with these recommendations.

Learn more about the study – why it was undertaken, how it was conducted, what it found, and what it recommended – by going here to see the GAO report Medicaid Managed Care:  Improvements Needed to Better Oversee Payment Risks.

The Centers for Medicare & Medicaid Services is not doing enough to oversee the prescribing of opioids to Medicare beneficiaries.

Or so concludes the U.S. Government Accountability Office.

…CMS does not identify providers who may be inappropriately prescribing large amounts of opioids separately from other drugs, and does not require plan sponsors to report actions they take when they identify such providers.  As a result, CMS is lacking information that it could use to assess how opioid prescribing patterns are changing over time, and whether its efforts to reduce harm are effective.

To address these and other problems, the GAO report recommends that CMS

Learn more in report Prescription Opioids:  Medicare Needs to Expand Oversight Efforts to Reduce the Risk of Harm, which can be found here, on the GAO web site.

The program, which requires pharmaceutical companies to provide drug discounts to qualified hospitals that serve especially large proportions of low-income patients, has come under fire recently because approximately 40 percent of U.S. hospitals now participate in the program and there have been questions about how hospitals use the program and its drug discounts.

The Centers for Medicare & Medicaid Services (CMS), which administers the Medicare program, uses a statutorily defined formula to pay hospitals for drugs at set rates regardless of hospitals’ costs for acquiring the drugs. Therefore, there is a financial incentive at hospitals participating in the 340B program to prescribe more drugs or more expensive drugs to Medicare beneficiaries.

In the review, GAO recommended that

Congress should consider eliminating the incentive to prescribe more drugs or more expensive drugs than necessary to treat Medicare Part B beneficiaries at 340B hospitals.

Go here to find the GAO report Action Needed to Reduce Financial Incentives to Prescribe 340B Drugs at Participating Hospitals.

A number of groups have criticized GAO’s findings. Learn about their perspective in articles in Healthcare Finance News and Becker’s Hospital Review.

Just five percent of all Medicaid recipients are responsible for nearly half of the program’s expenditures.

Or so says a new report by the U.S. Government Accountability Office (GAO).

Conversely, the 50 percent of Medicaid’s least costly recipients account for only eight percent of the program’s costs.

Disabled Medicaid recipients, while fewer than 10 percent of the overall total, represent nearly two-thirds of the highest-cost group.

These figures reflect spending from 2009 through 2011.

The greatest Medicaid expenditures were invested in seven types of care: for patients with asthma, diabetes, HIV/AIDS, mental health conditions, substance abuse, and delivery or childbirth along with those residing in long-term-care facilities.

To learn more about the GAO’s findings, see a summary of the report Medicaid: A Small Share of Enrollees Consistently Accounted for a Large Share of Expenditures and find a link to the complete report here on the GAO web site.

States are now financing more than a quarter of their share of Medicaid expenditures with money from sources other than state general funds, according to a new study by the Government Accountability Office (GAO). 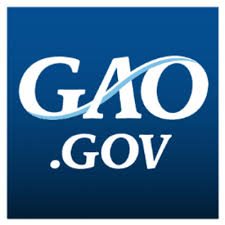 Exacerbating this problem, the GAO reports, is that the Centers for Medicare & Medicaid Services (CMS), which oversees Medicaid, does not assure that it receives complete and accurate data on funding sources from the states, leaving CMS without a complete understanding of how states are financing their Medicaid expenditures.  In the report, the GAO recommends a stronger CMS effort to gather such data – a recommendation that CMS did not accept.