You are here: Home1 / Medicaid2 / CMS Shares Vision for Medicaid

Medicaid is about to undergo major changes, CMS administrator Seema Verma outlined in a news release yesterday and in a speech to state Medicaid directors. 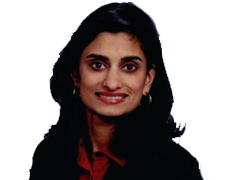 According to the news release, those changes include:

Urban safety-net hospitals serve more Medicaid patients than the typical hospital and would therefore be affected more by any major changes in how Medicaid operates.