You are here: Home1 / coronavirus2 / Medicaid Enrollment on the Rise

More people are enrolling in Medicaid, and much of the increase is driven by the COVID-19 emergency.

Or so reports the organization Families USA in a new study. 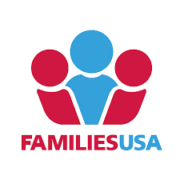 According to the study,

But the implications are even greater, according to the analysis, which found that in large part because of COVID-19 job loss,

Medicaid enrollment among the 38 states reporting has already increased by 4.3 million people and is poised to increase much more in the near future. Analysis by Health Management Associates projects that up to 27 million people will lose their job-based insurance this year and that Medicaid will see an increase in enrollment of up to 18 million people by the end of 2020, depending on the severity of the economic downturn.

Growing numbers of Medicaid patients can pose a challenge for many private safety-net hospitals because of the inadequacy of the reimbursement they receive from many state Medicaid programs.

Learn more in the Families USA report “Rapid Increases in Medicaid Enrollment: A Review of Data from Six Months.”

MFAR is Dead
Scroll to top