The U.S. can now reject visa and green card applicants based on their financial prospects after a new Supreme Court ruling this week.

This ruling has potential long-term implications for health care providers. 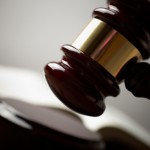 Last August a new Department of Homeland Security regulation took effect that authorized the federal government to reject immigrants’ applications for visas and green cards if their financial situation and employment prospects suggested that they might become a “public charge” and dependent on government safety-net programs like Medicaid and food stamps.  A number of groups sued to prevent the rule’s implementation and federal courts imposed an injunction against its enforcement but now the Supreme Court has lifted the last of these injunctions.

The Supreme Court’s ruling, however, did not address the merits of the public charge rule.  Instead, the court concluded that the lower courts that imposed the injunctions had overstepped their authority.  As a result, lower courts will continue to hear individual suits challenging the rule.  Meanwhile, the State Department and Department of Homeland Security will enforce it.

The public charge regulation poses a challenge to health care providers amid anecdotal evidence that some immigrants who already are in the U.S. legally and were enrolled in Medicaid withdrew from the program and others who also are in the U.S. legally and are eligible for Medicaid are choosing not to apply for benefits out of a mistaken fear that they or members of their families could be deported.  Over time these practices, if they continue, could leave health care providers with more unpaid bills and a greater uncompensated care burden as they care for individuals who are qualified for Medicaid but decline to enroll in the program and cannot pay their medical bills.

Implementation of the public charge regulation may prove especially challenging for private safety-net hospitals located in areas with large numbers of low-income immigrants.  These hospitals could be at risk for rising amounts of uncompensated care.

Learn more about the public charge issue, the Supreme Court’s decision, and what might happen next in the New York Times article “Supreme Court Allows Trump’s Wealth Test for Green Cards.”