The “public charge rule” that the administration introduced in 2019, only to have it challenged in the courts, is now being enforced by the U.S. Citizenship and Immigration Services after a federal court lifted an injunction on its implementation. 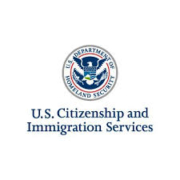 The rule authorizes USCIS to deny a green card to any immigrant who receives certain public benefits – such as food stamps, public housing vouchers, welfare, or Medicaid – for more than 12 months within any three-year period.  The expressed purpose of the rule is to deny green cards to individuals who may become dependent on publicly funded services – a so-called “public charge.”

NASH opposed the public charge rule when it was proposed in 2018, expressing concern that many immigrants – including those who are eligible for Medicaid and for whom applying for Medicaid benefits would not jeopardize their immigration status – would choose not to apply for Medicaid and would instead turn to private safety-net hospitals and others like them for care when they are sick or injured, thereby increasing the uncompensated care burden for hospitals that already serve large numbers of uninsured, under-insured, and Medicaid patients.  See NASH’s letter expressing this and other views here and go here for a NASH statement about the public charge rule.

Back Off 340B Cuts, HHS Tells Drug Company